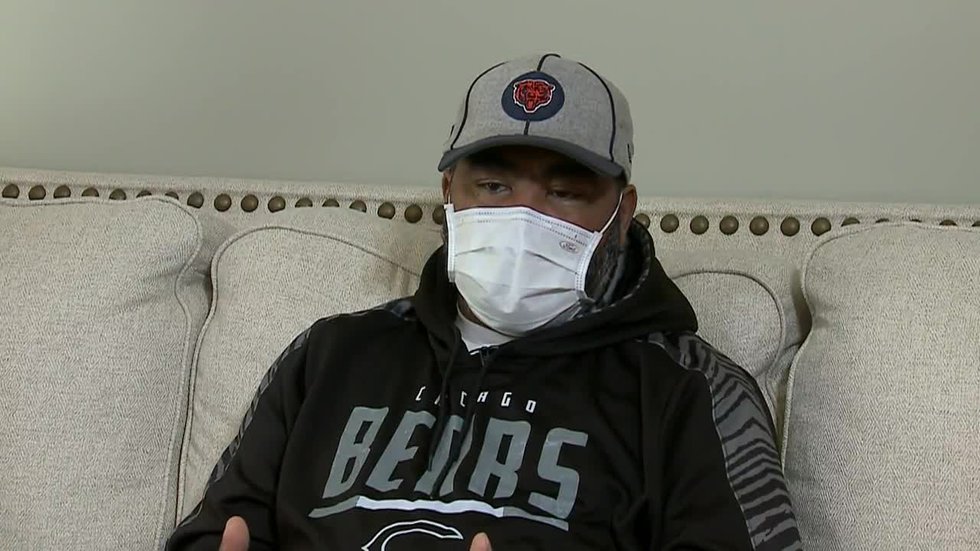 CLARK COUNTY, Indiana (WLKY/CNN) – A man is alive today in part because of a sign he held up during a football game.

He needed a kidney transplant when he had the idea.

On a recent February morning, at Marcus Edwards’ kitchen table, the conversation was about the upcoming Super Bowl.

“I’m an honorary Bengals fan just for this week,” he said.

It’s a game he never expected to see, not necessarily the game, but the date on the calendar.

He was suffering from kidney failure when he held up a sign during an NFL game in 2019. The Clark County man’s story was shared, but nothing happened.

A year later, another story detailed his ongoing fight for his life.

“As long as I have this dialysis machine and I have my wife and kids, I’ll be fine,” he said at the time.

Jennifer Michel saw the story, and for days she said she couldn’t shake the feeling that she was the one who could help.

So, in October 2021, she and Edwards first met in hospital, two days after donating her kidney to him.

“There was a complete stranger 15 minutes from me who just saved my life. You know, that was amazing,” Edwards said.

He still has the sign that started it all. He did it at a Bears game in 2019 and held it off, hoping to get on TV, but it almost didn’t happen.

“And she said, ‘Are you really going to hold this?’ And I said, “Yeah,” Edwards said.

That’s what his wife said at the time. They now both credit the sign with starting a chain of events that led them to Michel, a woman they now consider part of their family.

“My uncles and aunts, they contacted her, you know,” Edwards said.

“I’ve met so many members of my family, Uncle Raymond,” Michel said.

Edwards, who once wondered if he would be there to see his children’s milestones, now knows he will be there and said Michel will be too.

“Boys graduating from high school, she’ll be there, everything, you know,” he said.