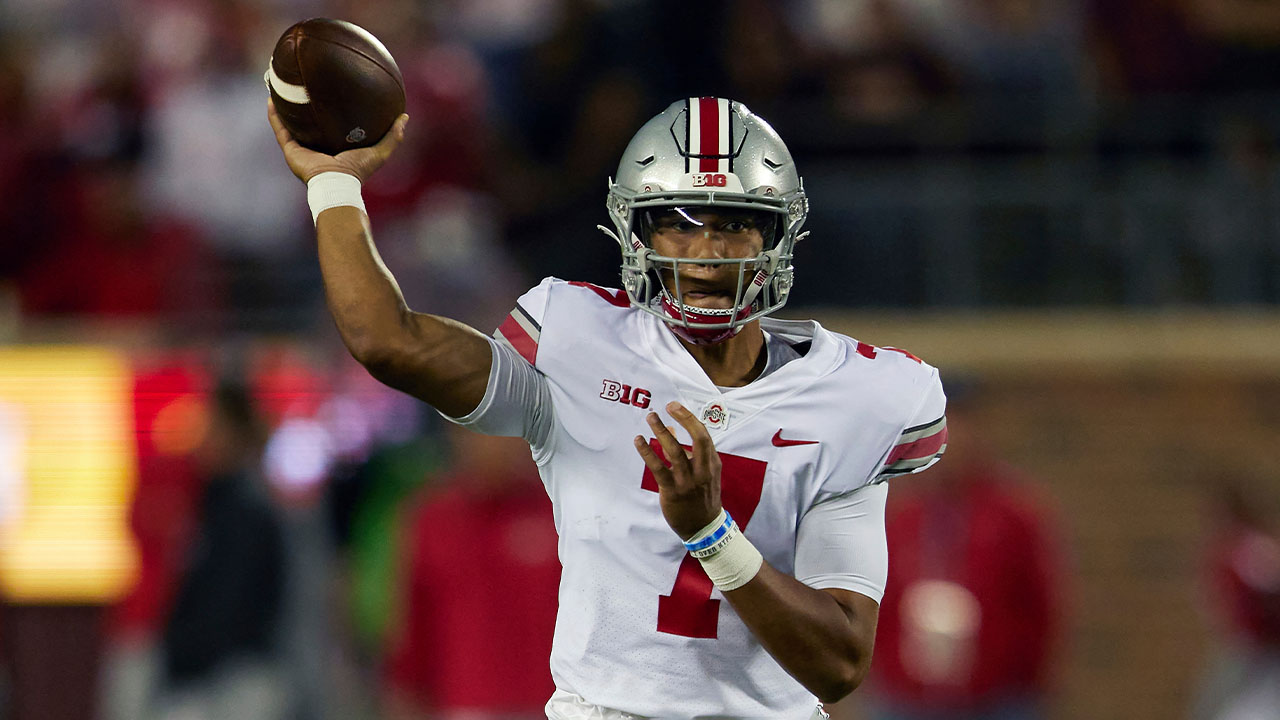 COLUMBUS, Ohio (WCMH) — Ohio State will host its annual spring football game Saturday at noon, which will include tackles.

Below are five things to look out for in a one-on-one battle between attack and defense.

Day said the OSU would hold a moment of silence before the national anthem and show a video tribute to Haskins just before halftime. The team will also wear “DH” decals on their helmets.

At a press conference Thursday, Day said the defense will focus on the fundamentals without showing too much of what Knowles has installed throughout spring camp. A few weeks ago, Knowles said he expected 75% of his defensive plans to be in place by the spring game.

Knowles is also the linebackers coach, but said it will be a safety-focused team with four safeties on the field at a time more often than not. This means that only two players will play a traditional linebacker role.

Only Steele Chambers appears to be an all-around linebacker due to his size and versatility. That leaves one berth up for grabs, which will be a competition between Teradja Mitchell, Tommy Eichenberg, Cody Simon, Arizona State transfer Chip Trayanum and real freshman CJ Hicks.

Knowles and Day have both been thrilled with Eichenberg’s development since his impressive Rose Bowl game, so keep an eye out for who starts the spring game and which player stands out in a crowded field.

The other open position is a “Jack” – a cross between defensive end and linebacker. This role could be filled by any number of players, including but not limited to Mitchell Melton, Jack Sawyer and Palaie Gaoteote.

Day has said repeatedly this spring that his biggest concern is the lack of depth on the offensive line. The starting five is already in place, which will look like this:

Four in five of those players saw regular playing time last season, including three returning starters. But Day said he thinks only six players are capable of playing Saturdays right now, so watch if any young Bucks or hungry veterans stand out from Johnson’s talented defensive line.

#4 The defensive line must dominate

The defensive line is perhaps Ohio State’s most talented positional group and Day believes he can rotate players three deep.

The unit has been fairly criticized for their inability to stop the run and rush the passer in big games, but how much of that should Coombs blame? We’ll find out this season because OSU fires all but two regulars: defensive end Tyreke Smith and defensive tackle Haskell Garrett.

At defensive end, captain Zach Harrison returns as a point guard with elder Javontae Jean-Baptiste. They will alternate a lot with Jack Sawyer and JT Tuimoloau who saw the field much like real freshmen last year. Tyler Friday also returns this season after missing all of last year through injury.

The Buckeyes are just as scary at defensive tackle with the return of senior leaders Jerron Cage and Taron Vincent. The rotation also includes sophomores Tyleik Williams and Mike Hall as well as third-year rushman Ty Hamilton and real freshman Caden Curry who has already lost his black tape.

There are two positions with the most competition this season: tight end and safety. Although OSU will play four safeties, two have already been traded, including Bryson Shaw who was OSU’s starting free safety when Josh Proctor was injured late in the season in Week 2.

Two starting safety places should already be locked: Ronnie Hickman and Tanner McCalister. Ronnie “Rocket” Hickman exploded onto the scene last year and finished 2021 as OSU’s leading tackle. He has a knack for making plays and being around football, which is necessary in the defense of Jim Knowles.

McCalister is new to Ohio State but a veteran on the court. He spent four years with Knowles at Oklahoma State and his talent, along with his understanding of what Knowles wants, makes him well equipped to start.

So who is left for the other two places? Josh Proctor will play on Saturday but will not be able to participate when Ohio State begins to tackle. Lathan Ransom suffered a horrific leg injury in the Rose Bowl and won’t be available until the summer, giving other players a chance to shine. That includes quarterback-turned-safety Cam Martinez who played regularly last season, veteran Kourt Williams III, and true freshmen Kye Stokes and Sonny Styles, the latter joining the team this summer.

The other group of positions to note is the near end. They are the least experienced unit on the team after losing Jeremy Ruckert to the NFL. Last week, CJ Stroud said one player to watch is tight end Joe Royer who competes with Mitch Rossi, Gee Scott, Cade Stover and Bennett Christian. Scott, Royer and Christian are the best pass catchers among the five while Stover and Rossi are the best blockers. OSU uses a fair amount of 12 staff (2 tight ends), so it could be any combination of those five players on the court this season.

Tickets to the Ohio State Spring Game are $7 each and are available on this link.