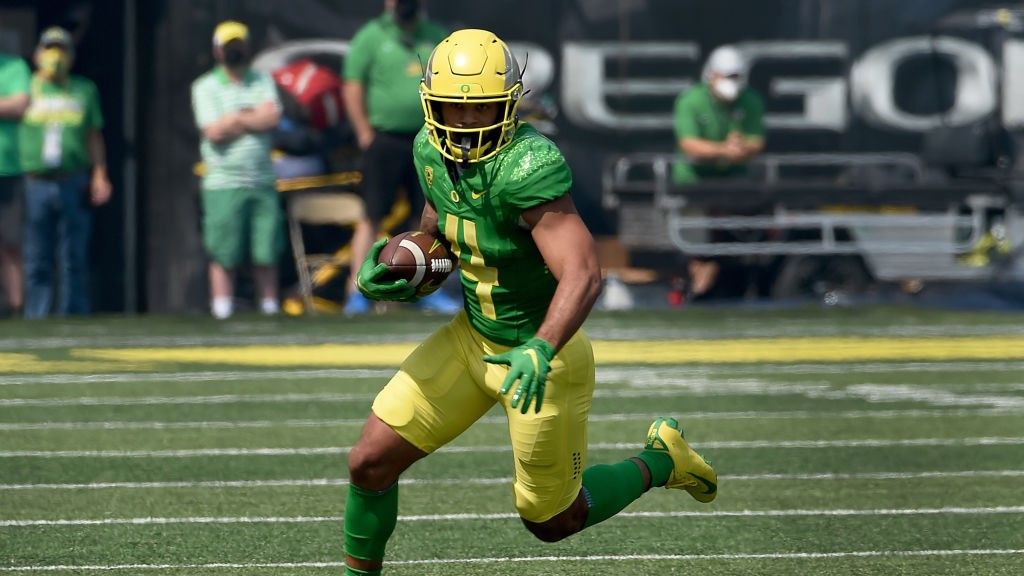 How to watch Ohio State’s college football game against Oregon

It’s been six years since Ohio State and Oregon played on the same football field, with their last meeting being in the first-ever National Championship Game of the College Football Playoffs. Ohio State won (convincingly) then, but can they do it again this week two, in college football’s top 15?

This week’s games featuring the No. 12 Oregon Ducks against the No. 3 Ohio State Buckeyes in Columbus, Ohio, are one of the most important of the week, serving as a test of the start of the season and potential outstanding performances. at the time of the College Football Selection Committee. to try and pick the top four teams in the country.

Ohio State vs Oregon takes place at noon ET on Fox, here’s what you need to know about it.

While the game marks the first time the Buckeyes and Ducks have met since the 2015 national championship game, it is the 10th meeting overall between the two Big Ten and Pac 12 schools, respectively. The game’s history was completely one-sided, as Ohio State holds an undefeated record against Oregon in their previous nine meetings. What will it take for Oregon to finally break that streak?

Oregon started its season with a bit of a fight, beating Fresno State by just one score, 31-24. While a win is a win, the Ducks struggled to put on a dominating performance and to add insult to injury, star defensive end Kayvon Thibodeaux injured his ankle in the game against Fresno. and is considered day-to-day, leaving his status for the game with Ohio State uncertain.

If Oregon’s defense is hampered by the absence of its stars, it will be up to quarterback Anthony Brown and the rest of the offense to make up the difference. However, this Oregon offense is not the same as the top-flight of the early 2010s; they can try to win the possession battle against Ohio State rather than go into a shootout with the Buckeyes.

As for Ohio State, their score was more impressive than their play in their season-opening 45-31 win over Minnesota. The Gophers took the lead in the second quarter and would hold it for much of the third quarter before Ohio State got an offensive and defensive touchdown in quick succession to reclaim the lead for good.

The game will be quarterback CJ Stroud’s second career start, and his first in front of the home crowd. All nerves could be soothed, however, by having the dynamic weapons of wide receiver Chris Olave and running backs Miyan Williams and Master Teague III. However, with or without Thibodeaux, the Ducks defense is more likely to be able to take on Ohio State and their point guards than Minnesota was.

Ohio State is currently a 14.5-point favorite over Oregon.

How to watch Ohio State vs. Oregon

Ohio State vs Oregon will air on Fox at noon ET on Saturday, September 11. Having the game on Fox means it will be available on local Fox stations in all markets, which is available on virtually all mainstream cable and satellite providers. there, as well as being accessible to viewers using a good old-fashioned television antenna.

Fox is also available through live TV streaming services which include Fubo TV, Hulu with Live TV, Sling TV and YouTube TV. With all of these services, Fox is included in all basic packages except for Sling TV, which offers two packages starting at $35 per month, Orange and Blue; Fox is only available on Sling TV Blue.

There are also streaming options for the game. The first is through the Fox Sports app, but to access it you need to be signed up to a service that offers Fox. Pac 12 livethe Pac 12 sports conference streaming channel, will also offer a live broadcast of the game.

How to watch Ohio State vs. Oregon from anywhere

Buckeyes and Ducks who aren’t in a place where they can watch the Fox broadcast, or without the necessary signups to stream the game, can still support their teams using a virtual private network, better known as a VPN. . A VPN is designed to route network traffic through a specific set of servers in a specific country, allowing viewers to watch content on an encrypted stream on a computer.