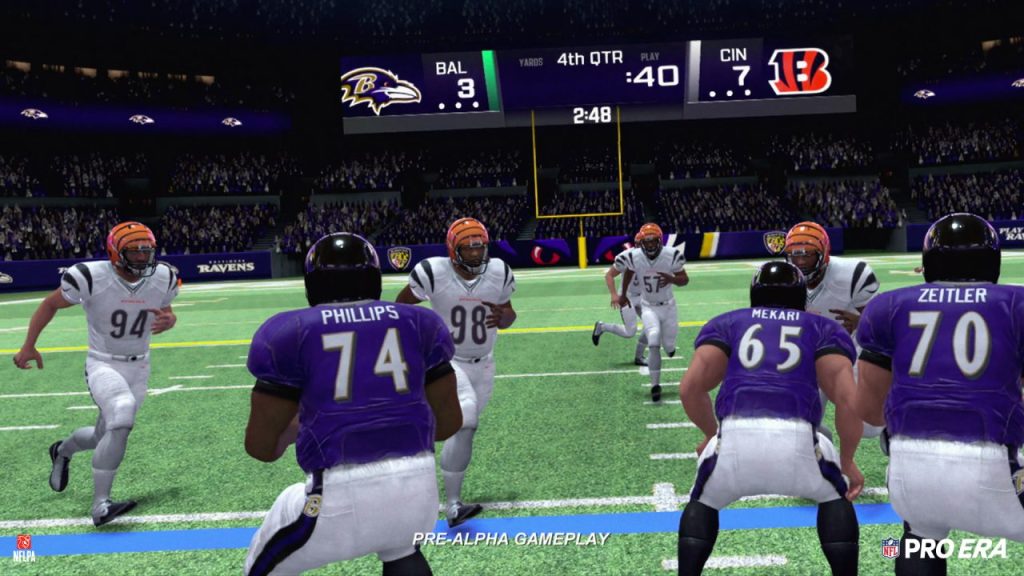 StatusPro released the first trailer for its upcoming VR football game on Wednesday, which puts players inside the helmets of NFL QBs. NFL Pro Era is set to launch this fall, with startup founders Andrew Hawkins and Troy Jones hoping to get it to Meta Quest and Playstation VR owners around the start of the NFL season.

StatusPro raised $5.2 million in seed funding last fall, after building simulation technology that is now used by several NFL teams. KB Partners and TitleTownTech led the round, with groups linked to the Cleveland Browns and San Francisco 49ers also contributing. Other investors include LeBron James, Naomi Osaka and Drake. The company has long planned to marry this pro-level experience with mainstream titles.

“We decided to affect the athletes, affect the fans and affect the players,” Hawkins said in an interview. “So this is our kind of North Star.”

The first StatusPro images are reminiscent of Madden gameplay, except instead of calling games and hearing announcers, users see and hear what a QB would do.

“We tried to leverage technology to include every little detail that goes into the quarterback role on Sunday,” said Jones, a former college QB. Hawkins played six years in the NFL as a catcher. The game will also react to real-world data, updating its game plan model to match how IRL coaches call matches. Pro Era plans to feature single-game and full-season game modes, as well as additional workouts and online play. Pricing has yet to be announced.

Virtual reality applications have gained popularity in the gaming and fitness industries, but large-scale sports games have yet to catch on. Pro Era is expected to be the only sports game included in a Meta Quest showcase on Wednesday, according to a company spokesperson.

Although Jones and Hawkins have a background in football, they are already looking to use their simulation technology to deliver VR games based on other sports. StatusPro’s tools could also be leveraged for augmented reality (AR) and other forms of extended reality (XR) applications.