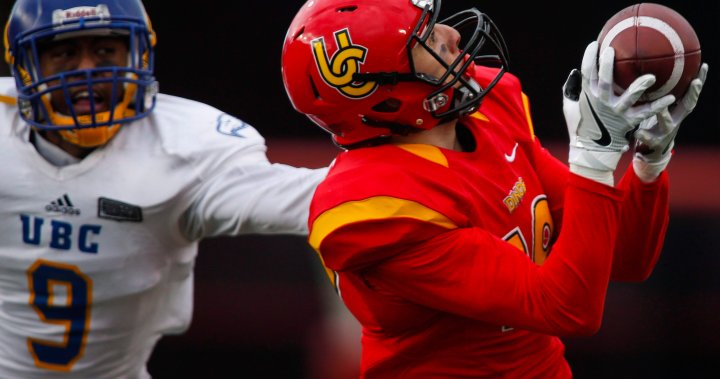 Two of Canada’s top college football teams will face off in the Okanagan this summer.

On Wednesday August 24, the UBC Thunderbirds and the Calgary Dinos face off at the Kalamalka Bowl in Vernon.

The game organizer was Sean Smith, head coach of the Vernon High School Panthers, who says the idea is to help promote football in the North Okanagan.

“The idea was to have an event that the community can support and support,” said Smith, who is also president of the Kalamalka Bowl Society.

BC Lions get away with 59-15 win over Edmonton Elks

The exhibition game will take place at Greater Vernon Athletics Parkthe brightly lit sports field at the intersection of Highway 97 and College Way.

The neutral-site match will be part of a two-day event promoting football in the region, with a youth skills camp taking place on Tuesday afternoon at Polson Park. Wednesday’s game will start at 7 p.m.

When asked how he managed to battle UBC and Calgary while playing in the Okanagan, Smith said he learned the Dinos were considering playing a game in Kelowna or Kamloops.

“Why don’t you play Vernon?” Smith asked. “It’s halfway there and we’ll do a good job and make it a community event.”

Smith says one of their goals is to make sure both teams “not only get good competition, but have fun. We want events for them, dinner for them, all that kind of stuff.

He also said the idea originated two years ago but was scrapped due to COVID-19 in 2020 and U-Sports had no exhibition games l ‘last year.

“And three weeks ago we got both teams to agree (to play Vernon),” Smith said.

Besides having a halftime show, Smith says he hopes to see a good atmosphere at the game.

“It’s not just two teams playing. We want to do it professionally, have announcements, all that kind of stuff,” Smith said. “We hope all this will attract people.”

Since this is a preseason game, it’s unclear how many Okanagan athletes will be in the game, but last year UBC had four players from the region while Calgary had five.

Global News has reached out to UBC and Calgary for comment on the exhibition game.

On Saturday, Dinos head coach Wayne Harris said the team is happy to play in the Okanagan this summer.

“We have several players on our team from Vernon and Kelowna and this is a great opportunity to give back to the community,” Harris said.

For more information about the game, visit KalBowl.com.